The impact of the Second World War was captured by families, volunteers and organisations throughout the South East of England. Families filmed themselves getting to grips with new protocols and precautions in the home such as black-out blinds, ration books, air-raid shelters and gas masks. Family members were also filmed proudly wearing their new uniforms for the armed forces and voluntary services. War-time weddings took on a more frugal and brisk appearance, whilst children played on the beach amidst coastal anti-invasion defences. The Home Guard filmed their exercises and made training films in the towns and villages of Surrey, Sussex and Kent. Civil Defence groups, support services and schools practiced their drills, raised funds, and took part in parades including groups in the WVS, ARP, Fire Services and the Red Cross. These films also show some aspects of life appearing to carry on as normal, with many of these films continuing the style of pre-war family films, focusing on domestic and leisure activities. Whilst institutional and local organisational films reflect or even mimic the style of government information and propaganda films. Both formats appearing to promote, at least on the surface, an image of unity, order and good humour. 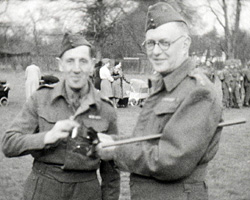 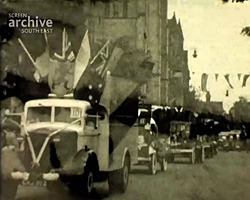 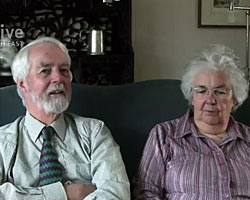