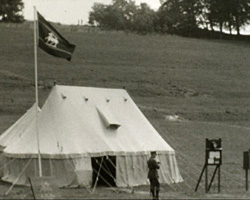 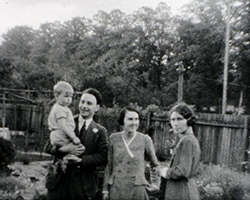 This black and white film shows a group of men attending a horse race, placing bets and collecting winnings. The second section shows a woman and two men in the garden of a house looking at a brick swimming pool and outbuildings with chickens and livestock. The film ends with the woman getting into an open topped car. 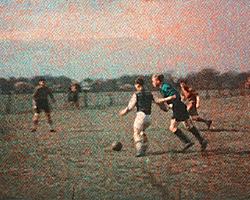