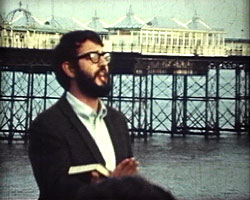 A baptism ceremony on Brighton beach.

A boxing match held in around 1960 is seen from a fixed position in the crowd. The boxing ring is lit but shadow hangs over the crowd, creating dramatic footage. 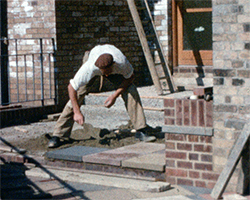