This short home movie features the Amherst-Clark family (?) at home. The children are seen playing in the back garden and the family sits down to a meal indoors. The film shows members of the family sitting on a verandah, with a nursery maid standing holding a toy bear. 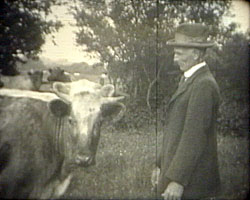 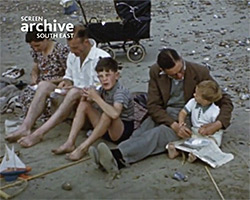