Footage taken at Wimbledon and Brooklands Races, where Sunbeam, the fastest car in the world is seen by Eugene Oakshott in 1926 [?]. Family garden scenes filmed at the tennis court in the grounds of Foxhunt Manor at Foxhunt Green, East Sussex where the family reside, are also included. 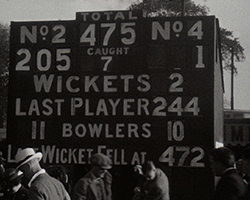 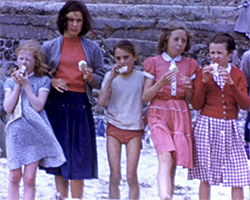 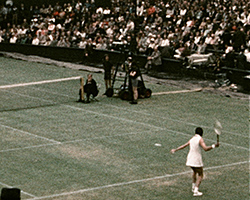 A bride and groom stand on the steps of a church following their wedding ceremony. Guests watch photographs being taken of the wedding party. The next scenes show two tennis matches on Centre Court at Wimbledon - a women's singles match and a men's singles match. The Court staff also unfurl the court protection cover over the grass. 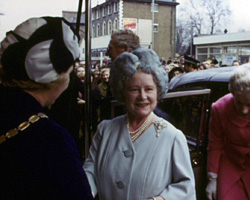