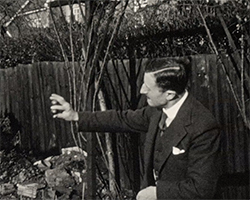 Scenes at the Epsom Derby showing cars arriving on site, the bookies and large crowds, the horses and riders, a newsreel camera crew, a Pearly King and Queen, and crowds jostling to see the cars of HRH King George and Queen Mary drive away.

Susan Rudd, the oldest of two Rudd children, is filmed in the early stages of her life. For the opening scenes she is only four hours old, but the film closes with her walking and playing aged sixteen months. Family scenes are filmed on a trip to the beach and in the family garden at Stonelands, Bramley, between 1932 and 1933, filmed by both Mr. and Mrs. Rudd.