Skip to content
Searching for Storms in Keywords
Collections
Films 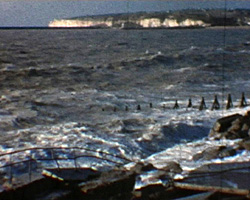 An amateur home movie from the mid 1950s featuring the members of the Murray family. The first part of the film includes scenes of the children and their parents in the Seaford area, the middle features a family holiday to Cornwall, and the latter part shows a storm and subsequent damage at Seaford.