This spoof style narrative entitled: "From a.m to p.m" created by the IMLT (Institute of Medical Laboratory Technicians, Sussex-Sub Branch), shows a young man gaining employment in a medical laboratory. The film shows the unfortunate outcome of not following the rules, with the death of the new employee. 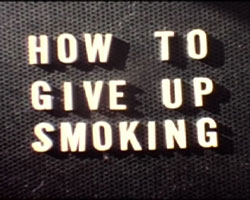 The Private Life of a Cine Camera

This amateur spoof documentary purporting to give a cine camera’s view of its owner, narrates its travel around Sussex and along the River Ouse, as well as by international travel to North Africa, Europe, Canary Islands, Jerusalem and Nazareth, with montages of city locations and monuments around the world. A sequence demonstrates the method of titling on cine film, with behind the scenes recording of a drama for the HHC&VS. With opening/closing titles and music.

This satirical film was made by students at the Bognor Regis College of Education. The film attempts to portray the college as a Nazi prisoner of war camp and shows a prospective students' encounter with students and an overzealous teacher. 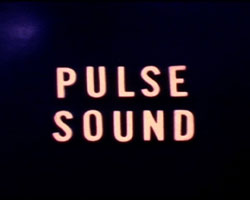 This amateur spoof nature documentary follows a film crew on search of the fictitious 'Lesser Mongo Ostrich', to document its rare mating dance. The crew procrastinate rather than focus on their work, causing the director to panic and miss the once in a lifetime display. Sound effects, music and voice over are dubbed onto the film to create the soundtrack. The soundtrack on the opening and closing titles/credits has been removed from this online clip for copyright reasons.

This amateur spoof documentary is centred around the Annual General Meetings of an amateur cine society, where year on year things go wrong in spite of the efforts to save the club by the chairman; ultimately forcing him to resign at the end of the meeting. The film has opening and closing titles with some additional dubbed sound effects and cheering.

This amateur spoof film shows the demonstration of a new machine to automatically edit holiday cine films to the correct duration without too much work. The demonstration is to a group of cine enthusiasts in a village hall, but all does not go to plan. This film has opening and closing titles.