Sellers and customers at Pettticoat Lane Market are captivated by Cecil Hepworth's camera. 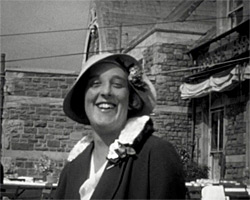 A compilation of scenes filmed in East Sussex and London. Includes footage shot at a zoo, by a river, at the beach at Soutwick, and in Central London at night during the run-up to Christmas, 1938.