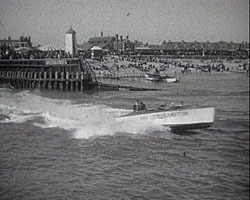 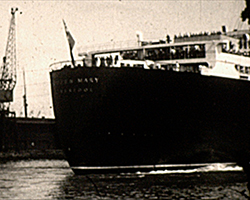 Amateur film of the RMS Queen Mary ocean liner seen from a variety of angles getting up steam and setting off from Southampton.