Footage of the Glaseby family, mother and young child, playing on Selsey's beach outside their beach hut, and at home in a domestic garden, in the 1930s. 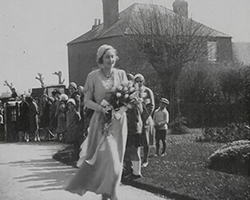 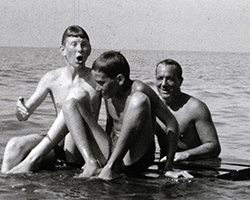 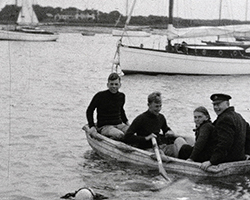 Post war footage, filmed by Gladys Bishop, of her grandchildren, John Edward and Ann Patricia, in black and white and colour, at play in her landscaped garden in Sutton, Surrey, and at Selsey beach in West Sussex.

Footage taken by Gladys Bishop of her daughter and granddaughter, husband and grandson, at home at Mulgrave Road in Sutton, Surrey, and on the beach at Selsey, in around 1951. 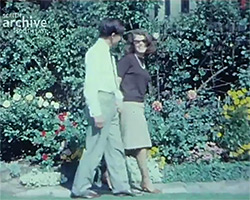 An edited film showing short scenes that includes family outings, at sports events, holidays, gatherings and at home in the garden. Several of the sequences have intertitles, printed on acetate and held up to the camera on location in 1962. 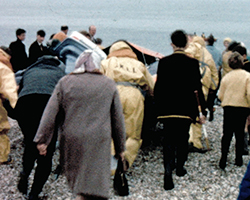 An amateur film showing the dedication ceremony of the new RNLI Selsey inshore lifeboat. After the ceremony, the lifeboat is launched by the crew and together with an RAF rescue helicopter carries out a rescue demonstration. Large crowds are gathered on the beach and pier to watch.

An amateur film capturing the third international Birdman Rally at Selsey. Competitors prepare their flying machines on the sea front. Spectators are gathered on the beach to watch as people take it in turns to jump off Selsey lifeboat jetty. The crew of the RNLI inshore lifeboat help competitors out of the water. A large number of small boats are anchored offshore.