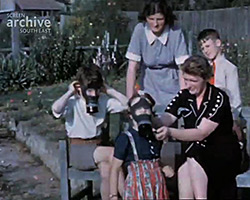 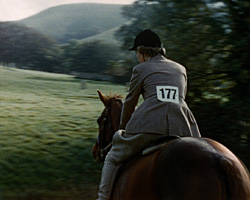 Scenes of the Emberton family, including their two daughters (in their teens/early twenties) on various outings and on holiday.