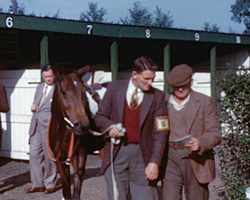 This Dufaycolor film shows an 18th Century stately home - Wentworth Woodhouse in Yorkshire. The second section shows a man drinking from a fountain on a rural hillside dressed in outdoor walking clothes. The final section shows a horserace event with jockeys dressed in coloured silk tunics and hats, jumping fences at an unknown venue. 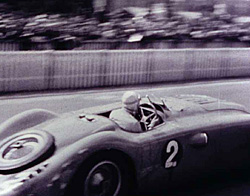