A titled film showing views of the West Pier, Brighton in a state of disrepair. Signs notify visitors of the closure of the pier to undertake emergency repair and restoration work funded by grants and donations. 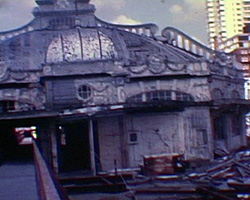 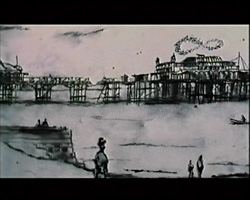