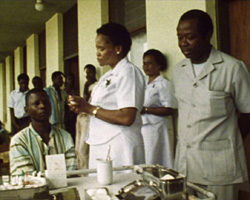 This film shows Mrs Linehan walking the family dog through gardens lined with flowers, the boys leaving home to go to school, and a Christmas gathering with all the family sat around a table laden with food. A man holds a sparkler firework above the table for the camera to focus on. 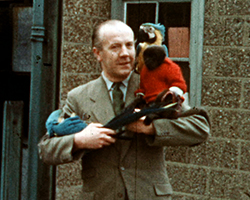 An elderly man treats children to rides on a miniature steam train - the raised track stretches across his front garden.