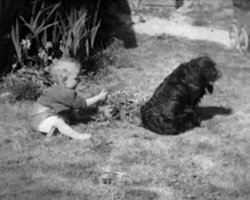 This colour film opens with the family on a packed beach possibly at Botany Bay, Kent. A young boy gets undressed to put his swimwear on, with the help of an adult, whilst the rest of the family have a picnic. Double exposure at end of film. The film is shaky with a shallow depth of field throughout. 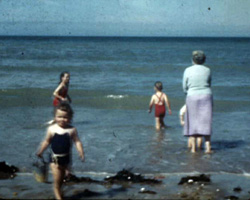 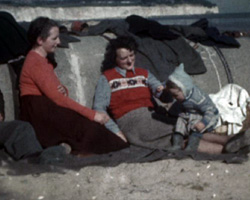