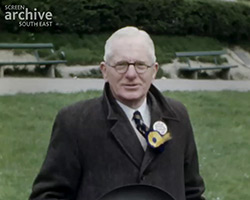 A short film showing the Gowlland family with other family members on holiday at their cottage 'Windover' in Fairlight, Sussex. The children play games and musical instruments in the garden, the family group go for walks on the cliffs and down to the beach. 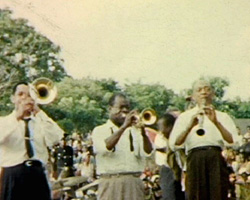 This films shows a battalion of RAF officers, men and military bands parading along a busy street into Preston Park. The group stand adjacent to the former Police building for their inspections; later parading around the green. Three men break off to parade a Union flag, watched by a line of spectators. The final short scene shows the film-maker's cousin Paul and a woman sitting on a riverbank. The woman is reading whilst the man fishes. 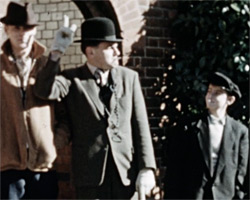 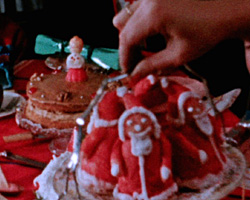 This film shows the family celebrating Christmas at home with the children handing out the presents from under the tree, singing songs, and sitting down for a large Christmas dinner at the table including Father Christmas Gingerbread men. The children watch the snow falling sat at the window, and play musical instruments in the living room. 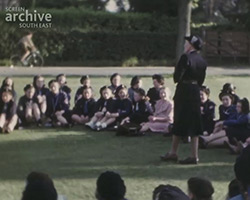