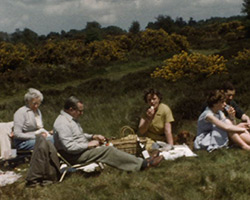 This short home movie captures the first two years of a new baby boy's life; the baby is seen with his mother. The film contains a number of intertitles and signs as indications of the child's age. 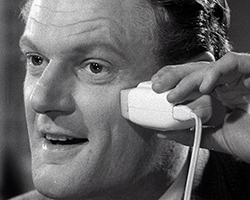 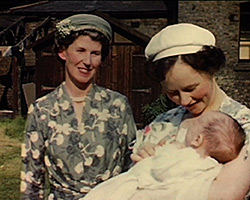 This family film shows several people gathered in the shade of a tree in a garden followed by a series of shots of a family gathered following a Christening at a church, as filmed by Ernest Shippam in the 1950s. (This film continues from TID: 6494)