The 1928 National Rifle Association Kings Prize is won by A.C.Hale. This is followed by a further shooting event at Bisley in 1934 with the winners posing for the camera. 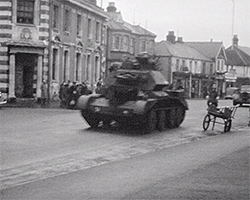