Scenes of a parade of marching bands and groups of guards on foot and horseback follow scenes filmed in a wood in the 1950s.

A rugby match and Under 15s practice session filmed at Hurstpierpoint school in 1952 by an amateur film-maker.

This film shows scenes of Hurstpierpoint school boys in a swimming pool, followed by a series of shots showing St. John's College buildings. The film finishes with a set of titles for a football match but does not show the match.

This film shows scenes from an outing to the Weald and Downland Open Air Museum near Chichester, including panoramic shots of the countryside, followed by scenes of the buildings. The final shots are of two children playing in a garden. 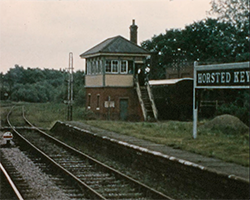 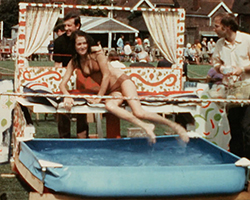