A short amateur film featuring the involvement of anti litter campaigners in a carnival procession in Hove. Campaigners are seen with placards and on a float in the procession. The film-maker captures on camera the litter left behind once the crowds watching the procession have gone.

Mr Howard Rose uses his movie camera for the first time to capture scenes of Brighton beach on a summers day in 1976.

A film recording the wedding of Philip and Patricia at St. Peter's Church, West Blatchington, Hove, followed by scenes from the reception, and shots of the wedding presents and cards. 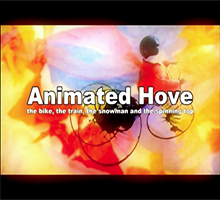