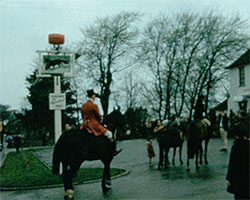 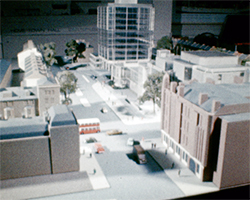 Film of a scale model of the proposed new buildings for Hove Town Hall in 1968.