This film shows views of Goodwood race track, with crowds sat on the grassy bank and litter scattered on the grass. Cars entering through a gate; closing with several horses entering the track.

A compilation showing a large crowd assembled at the Goodwood race track with mixed views of the estate during several races [high angle] from a hill, closing with a very brief view of a pier filled with a large group of people [?] 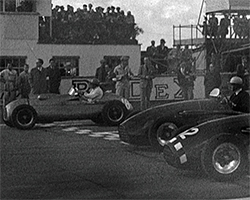 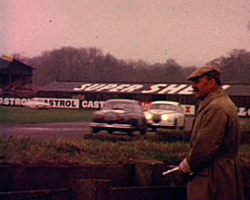