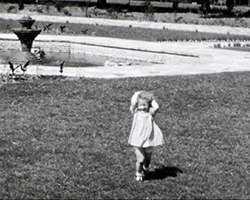 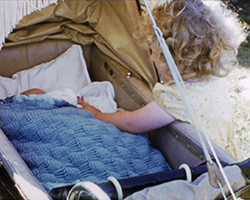 This short colour film shows baby Christopher in his pram, followed by Mrs Corder and her daughter Julia playing in a garden. The toddler Julia plays on a tricycle and runs around smelling the flowers. The second part features a selection of close-ups of the flowers in the garden and Julia playing with the baby in his pram. 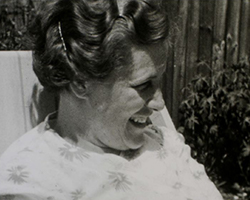 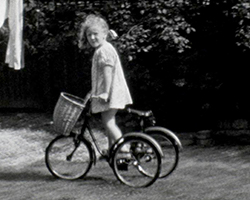 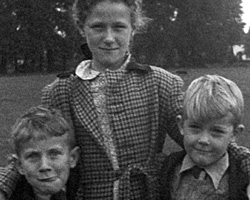 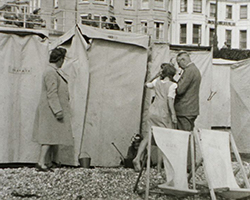 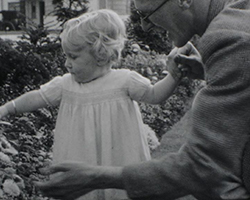 This edited colour and black and white film shows a young baby sat in a high chair, learning to walk, and exploring a garden and courtyard of a residential building with other members of the family.

This short film features adults and children taking part in a school sports day event, including a three-legged race, refreshments, and some messing about. 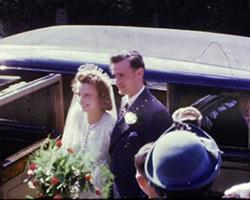 This colour and black and white film features a wedding party arriving at St George's Church, Headstone (?) followed by colour film of the newlyweds and bridesmaids having their photographs taken outside the church. The couple then prepare to leave the churchyard in a car, as the guests throw confetti over them as they leave. 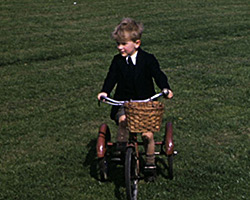 This film shows the family on holiday in Torquay in Devon, taking walks and boat trips, and then in their garden with their pets. 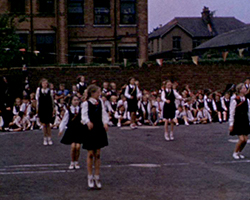 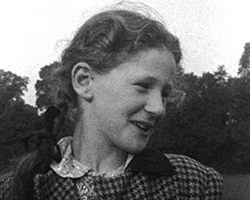 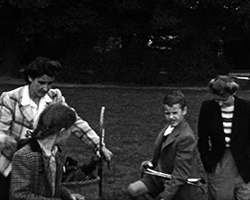