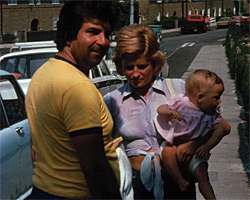 The headmaster of Patcham House Special School in East Sussex films his pupils on a camping holiday on the Isles of Scilly. The film includes aerial shots of the crossing from the mainland and scenes of the children enjoying time in the countryside and on the beach.

Jubilee celebrations in Singleton, West Sussex, including sporting activities and games. There is a baking contest (the contestants wear Union flag aprons), a sack race, donkey rides, a wheelbarrow race, tug of war, and prizes. The film ends with the announcement that 'now it's coffee time'.

...And the Mice will Play

An Albany Productions Film Unit comedy sketch, produced in 1977. Three men play cards and drink themselves into a stupor while the wife is away. 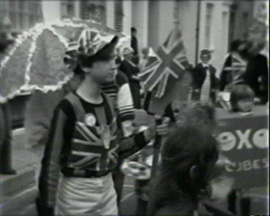 This amateur colour film created by the Haywards Heath Cine & Video Society features a tour of Franklands Village, West Sussex with a portrait of village life including some of the events, social clubs, teams and and societies that operate. The film ends with a montage of shots of the villages green spaces, gardens and buildings.