Footage taken by Gladys Bishop, of her granddaughter mowing the lawn at her home in Mulgrave Road, Sutton Surrrey, and her grandchildren performing a dance in animal and period costume at a fete in around 1955. 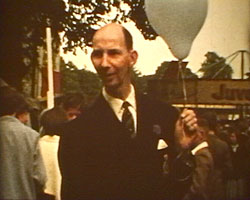 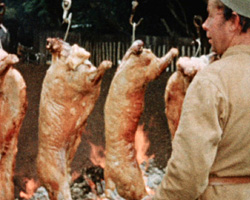 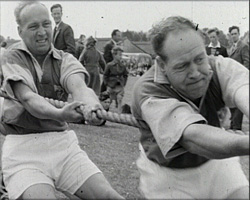