[Baby Scenes; Holiday in the West Country; The Downs]

This film contains footage of John and Joan Dickins' first daughter Lynn. We see Lynn as an infant spending time with her family, on outings and learning to walk. 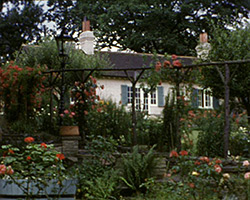 This film shows scenes of the family at 'Sunnymede', their home in Chobham, Surrey, including scenes of the garden flowers, a young baby, and various pets. The film also shows Mr and Mrs Giles on holiday with their puppy in Cornwall and Dorset. 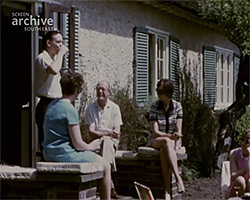 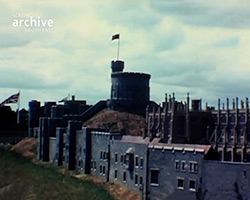