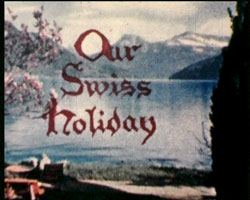 A compilation of scenes filmed by George Horrobin in the 1960s. The film includes domestic scenes as well as day trips and a holiday to the Channel Islands.