Skip to content
Searching for Derbyshire in County/region
Collections
Films 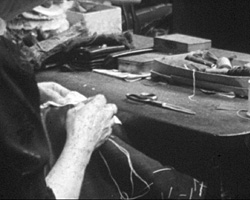 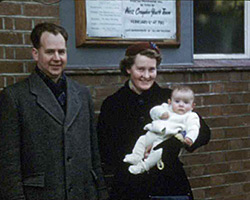 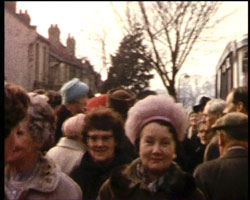 This film shows a holiday to the Peak District stopping at several places of interest along the way including St Michael's Manor Hotel, St Albans, the 'Royal Crown Derby China' factory workshops in Derby, Charles Cotton Hotel in the rural village of Harlington near Buxton, and the Chatsworth House estate near Bakewell. 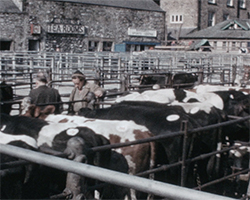 Scenes of the historic Bakewell cattle market in Derbyshire. Cattle arriving in lorries. Cows and other cattle being unloaded and put into pens. Owners and buyers are seen mingling. Cattle, sheep and pigs are herded into pens. Weighing machines are seen in operation and auctioneers at work. The cattle are then loaded on to trucks.