This film shows various scenes from Sally's wedding reception in a marquee. There are portrait shots of family members and guests with babies and a three tiered wedding cake on a table, where the couple stand together to cut the cake. 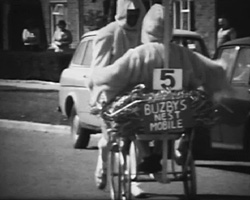 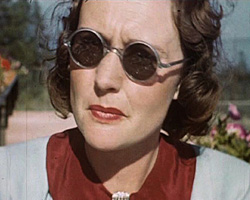