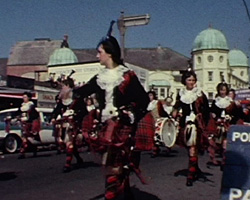 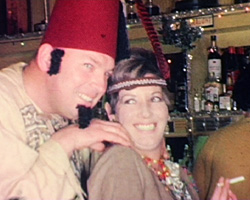 This short film shows scenes from Ena and Colin's wedding reception. Food is presented on a long table with the tiered wedding cake and the bridesmaid’s flower bouquets, on a small table beside it. Guests gather to watch the bride and groom cut the cake, and the wedding party dance on the dance floor [Continuation of the wedding on TID: 6408; TID: 6419].

[Christmas and Other Winter Celebrations]

The film-maker's family sit down to their Christmas meal. The television is on in the background. After the meal, the family sing and dance by the piano. More family scenes follow, showing the children playing. The film [not included in online clip] ends with Woodward's youngest daughter playing in the bath with the soap bubbles. 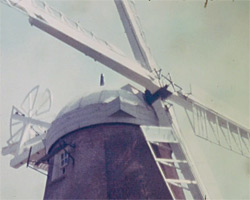 The opening of Lusaka International Airport in October 1967, with views of the new terminal building from the runway. Press and news crews stand inside the terminal building listening to a man on a podium. The second part shows the LNA marching band and troops of soldiers and sailors parading through a street for the Independence Anniversary parade (?). 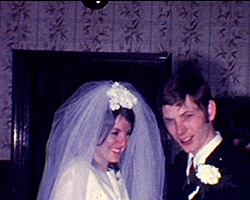 This film shows a brief shot of the exterior of the Grand Hall at Olympia, followed by extended scenes of an informal and lively wedding celebration. 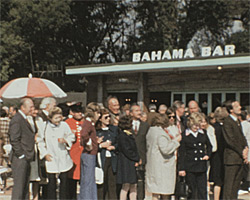 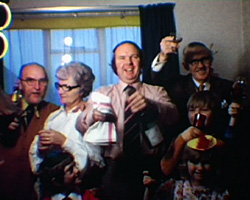 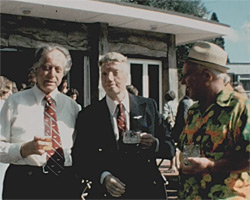