Mr. Harrison, a member of Brighton Cine Club, films motorcycle races around a field and spectators attending to watch the scramble. 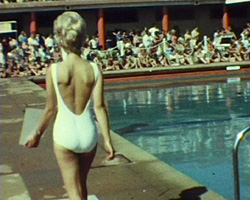 A compilation of film showing Susan's childhood from a baby to a young girl playing in a domestic garden and on several outings and family gatherings.

Footage filmed by Michael Gillings at the London to Brighton Veteran Car Run in 1967.

This film shows the family sunbathing on Brighton beach with views of Palace Pier, a series of double exposure sequences showing Mrs Linehan and a teenage girl walking the family dog in Withdean Park, and a blackbird tending to her young in a nest built in the garage. The nest is balanced on a shelf next to old tins of paint. 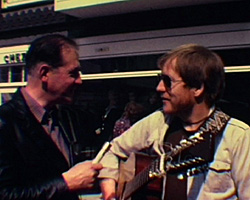