[Boat Trip on the Thames]

The film documents a boat trip down the Thames River in 1952. 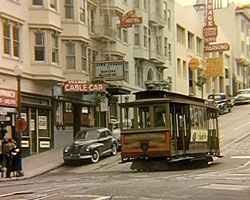 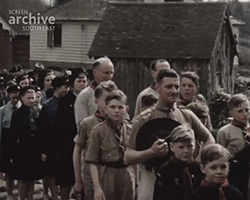 A film of scenes showing a car journey from a game camp to Big Lagoon Camp passing through Fort Jameson (now Chipata) in Zambia, travelling by car along several rural roads up a mountain side. The film-maker uses the milestones denoting distance to Fort Jameson to show his progress along the journey. Continuing on to a second camp at Nsefu, the film-maker captures views of the animals on the reserve finally arriving at Big Lagoon Camp by car.