This month West Sussex Unwrapped visits a real ‘Downton Abbey’ – when we travel back to the 1920s for a look at life at ‘Warnham Court’ – the home of the Lucas family.

Located near Horsham, Warnham Court was acquired in 1865 by Charles Thomas Lucas, one of the partners in a family  building firm called Lucas Brothers (builders of the Royal Albert Hall, Alexandra Palace and Covent Garden Opera House). Charles bought the property and its extensive grounds from the former owners, the Pelly family, and several generations of the Lucas family continued to live at Warnham Court until 1947, when the house became a London County Council boarding school. It is the lives of these descendants of Charles Thomas Lucas, including the young squire Charles Eric Lucas on his wedding day, that we see in the films. In addition to family members we also see a retinue of servants, retainers and even bee-keepers as well as a stream of wealthy visitors attending weddings, tennis matches and shooting parties.

The package we’ve prepared with our partner, the West Sussex Record Office, features film extracts, documents and a blog that tells the story of Warnham Court – giving an insight into life at the house as well as an account of the gradual decline of the English country house in West Sussex. To access that fascinating story read the WSRO blog.

The Warnham Court film collection comprises 15 separate films. Below are links to four films from the collection for you to view and enjoy.

Warnham Court; The Home of C.J.Lucas

Starting with a view of the big house, car-loads of bright young things roll-up outside Warnham Court to attend tennis parties, cricket matches and play golf. Also on show is a woman on a motorcycle, golfers, cricketers and bee-keepers as well as a glimpse of the family patriarch, Charles J Lucas, looking splendid in his homberg. 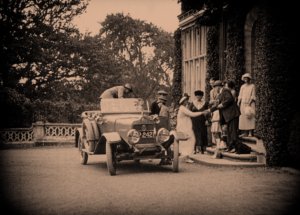 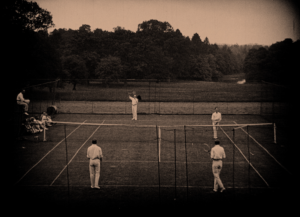 This fascinating record of a society wedding takes place on the 7th of June 1923. It shows the marriage of Charles Eric ‘Joe’ Lucas to Doris ‘Biddy’ Brander at St Margaret’s Church, Warnham – and it seems the entire village has turned out to view the event. Back at Warnham Court the newlyweds are joined by a couple of hundred of their friends and relations, including some society beauties. This film was professionally made by Fred Leroy Granville, a noted director who worked for Stoll Picture Productions. 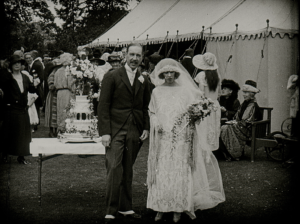 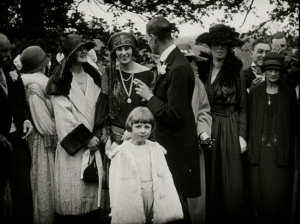 “……and the newlyweds didn’t waste no time…….” in this film we see ‘Joe’ and ‘Biddy’ showing off their new baby accompanied by her father, Colonel Brander and his dog. Watch out also for the nurse and housekeeper who are seen at the end of this short film.

The tweed-clad huntin’, shootin’ and fishin’ set feature along with locals in smocks, flat-caps, retrievers and large numbers of dead ducks, pheasants and rabbits.

Don’t forget to watch out for our next West Sussex Unwrapped presentation on Sussex Day, the 16th of June, which will be a ‘live’ event. We’ll be presenting a variety of films, along with short talks, stills and a blog about the most characteristic and dominant feature of our local landscape – the magnificent and majestic South Downs.