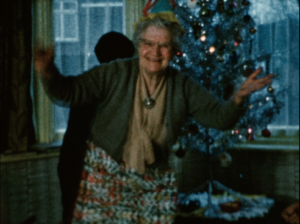 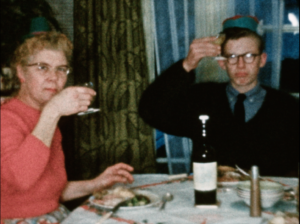 As we prepare to celebrate….or should that be endure…..a Christmas like no other in living memory, why not relax and relive Christmas in happier times by watching our collection of seasonal films at Screen Archive South East.

We can show you Christmas across the decades – from black & white Austerity Christmases in wartime to the myriad colours and glitter of Christmas in the fifties, sixties and seventies. Delight in houses bedecked in decorations, tables groaning under the weight of turkeys, trifles and Christmas puddings. Witness happy families around the Christmas tree, thrilled with their presents, with toys for the kids, new undies for Dad and a dress for Mum. Catch grannies dancing jigs, tables crowded with extended families and even a bit of real snow!

Not all Christmas celebrations took place at home as they most likely will this year… in 1935 the Embertons from Surrey embarked on a Christmas Cruise to Africa and Kent resident, Richard Martin, and his family, can be seen celebrating Christmas 1937 in the International Settlement in Shanghai in the film Parades and air-raids in Shanghai where he served as a Police Officer.

Educational establishments always find innovative ways to celebrate Christmas: watch Rye Secondary Modern School’s Young Farmers’ Club enjoy a fancy dress Christmas in 1949, in the film School Farm and see kitchen staff at Fegans Children’s Charity home in Stony Stratford, pushing a boy along on a trolley who is vigorously fanning a fiery  Christmas pudding, much to the delight of the other children in the film Christmas; Life at the Home .

For something a little quirkier take a look at amateur filmmaker Sonny Hanson’s The Magician’s Wife Makes the Christmas Cake. Filmed in 1940 using reverse-motion and trick editing, a magician’s wife uses her husband’s magic wand to help her remedy the mistakes she has made while making a Christmas cake. 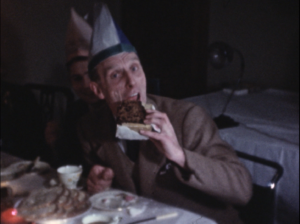 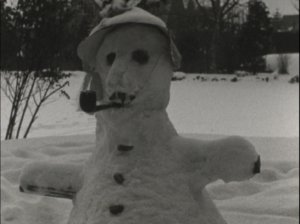