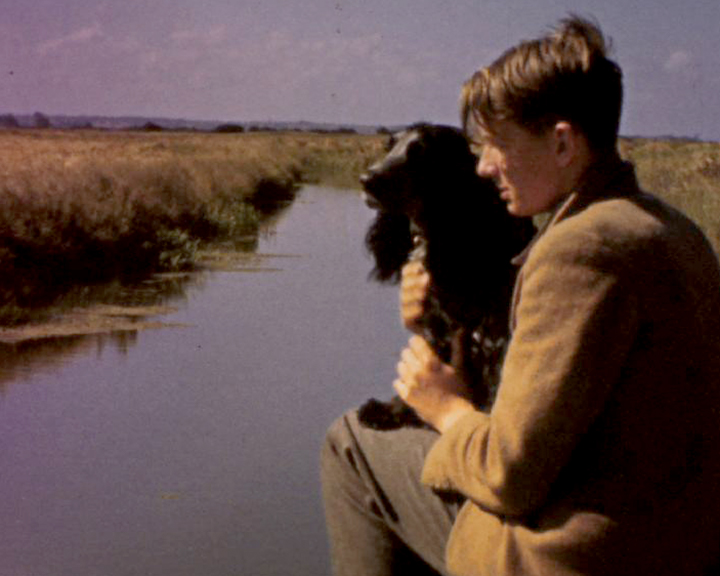 The film opens with a view of several Avro Lancaster Bombers passing over head; followed by an older couple standing on a pier next to the sea, pointing out objects to each other. The couple stand on the cliff edge with views of the beach and sea defences below. A brief shot shows Second World War anti-landing defences on the beach to prevent attacks from the water reaching land.

At a house 'Woodlands' (?), a young boy carries an ashtray to the film-maker. A young boy and woman stroll in the garden, then sit with the dog for several portrait shots. A close-up shot shows a stack of five tomato sandwiches on a piece of paper on the grass being held up with a tree branch (?), with a miniature cup of tea on a saucer. A man drinks from the cup and saucer.

In the final section, the family pose for the camera on marshland next to a river. This is followed by shots of a field and a steam freight train passing through shot. An older man and a woman fish on the river, whilst the teenage boy holds the black and white spaniel. There is a close up shot of a fish on the grass. A brief scene shows an Avro Lancaster Bomber passing overhead and the teenage boy wandering about on the river bank.