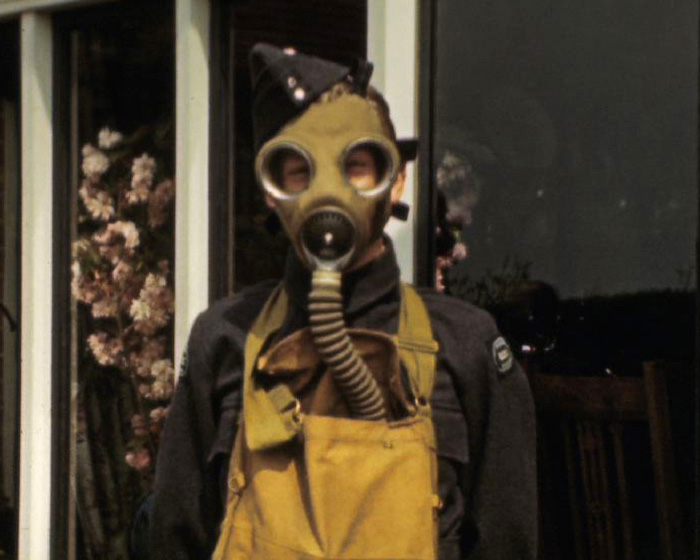 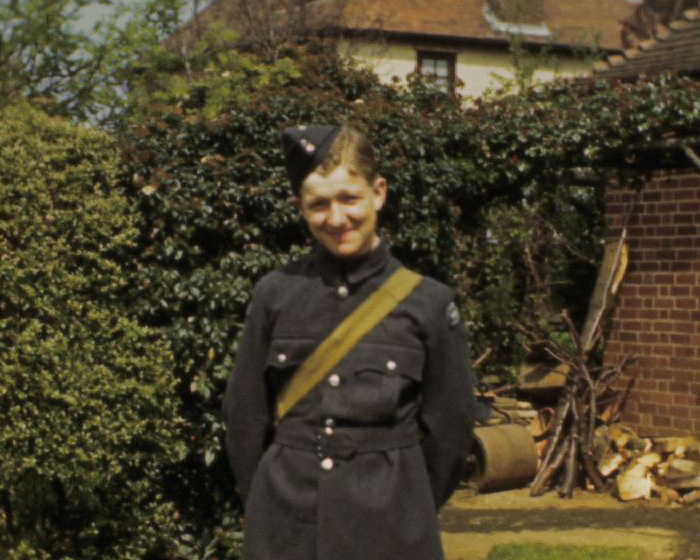 The film opens with views of a garden and house (Dence Park) in Herne Bay. A spaniel dog plays in the garden while other family members coil a garden hose. Portrait shots of a teenage boy and a woman standing together in the garden are followed by views of the rear and front gardens with flowers in bloom. A teenage boy dressed in an air cadet uniform(?) enters the garden, followed by a full portrait shot of the cadet posing for the camera, and a second shot of him wearing full respirator gas mask and breathing bag, turning to model the equipment for the camera. Further portrait shots of the family in the garden follow, including a man and a woman sat in deck chairs, a black and white spaniel, the cadet lying on the grass in full uniform, and three ladies having afternoon tea in the garden. Two ladies and a child play in the garden, followed by close-up mixed shots of garden border plants in full bloom. A man with a camera films the person making the film. Several more portrait shots of family members in the garden. An older lady wearing a headscarf reads a letter to another older lady; closing on views of the garden and out to sea. 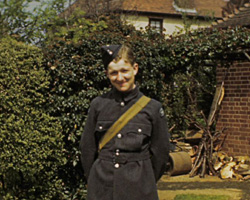