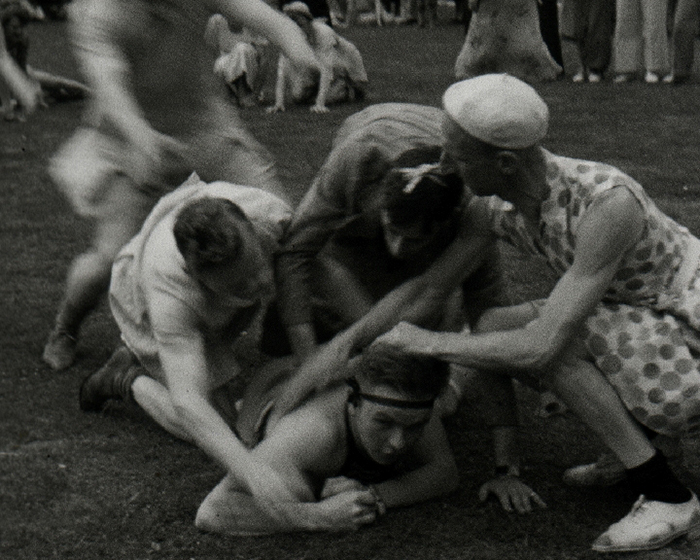 This film opens with a performance of a spoof cricket match being played outside a row of cabins. A group of cross-dressing men and women perform for a crowd of people gathered to watch outside rows of holiday camp chalets. The group then form a 'conga' line around the cricket field.

The next section shows views of a tower windmill overlooking a narrow street flanked by houses. A woman walks toward the camera. This is followed by a portrait shot of a man in striped jacket standing next to a wall (Eric Norman?); and a close-up view of the windmill.

The next section shows a woman sunbathing on the beach, the camera focusing on her feet and beach shoes then panning up her leg as she sits on the beach (?). There are several portrait shots of the woman on a beach and other family members playing on the sand. The woman uses a box camera to take photographs of the family at play. Two boys ride donkeys on the beach; a woman digs a hole in the beach so she can bury herself in the sand, she pokes her tongue out at the camera whilst she digs.

The final scene is a quick shot of a man and woman standing outside a house. The man wears elastic trouser braces and the woman wears a floral dress.