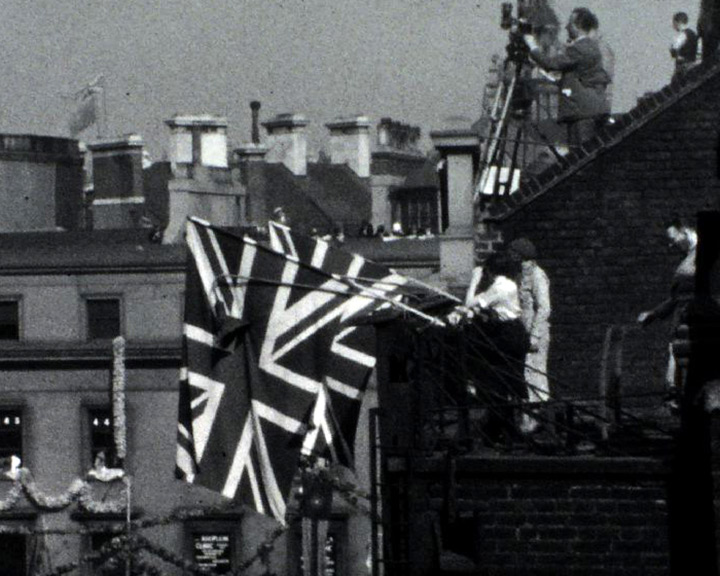 This film opens with close-ups of photographs from an brochure of HM The King, George V and Queen Mary of Teck, and the royal household, plus a map of the procession route as a double page spread. Mixed and shaky views of the Elizabeth Tower (Big Ben) and House of Commons, covered in scaffolding, from across Westminster Bridge; followed by a view, filmed through an upstairs window, of two newsreel camera crews (35mm?) with cameras set up on the roof of a building.

Street view of crowds lining part of the procession route decorated in bunting and decorations. In a side street, a crowd of people are being held behind a row of mounted police officers on horseback. Several groups of military marching bands parade along the route, accompanied by a large group of naval men in uniform. On a rooftop opposite, a man and woman climb through a window, dragging a chair with them on to the roof, to join other people who have gathered there below the newsreel camera crews. A couple stand in silhouette at a window watching the activities below.

The second part, shot in Dufaycolor, captures the state coach passing by below, followed by a large group of mounted Royal Household Cavalry riders. This is closely followed by several Royal Landaus flanked my mounted officers. The shot then cuts to black.