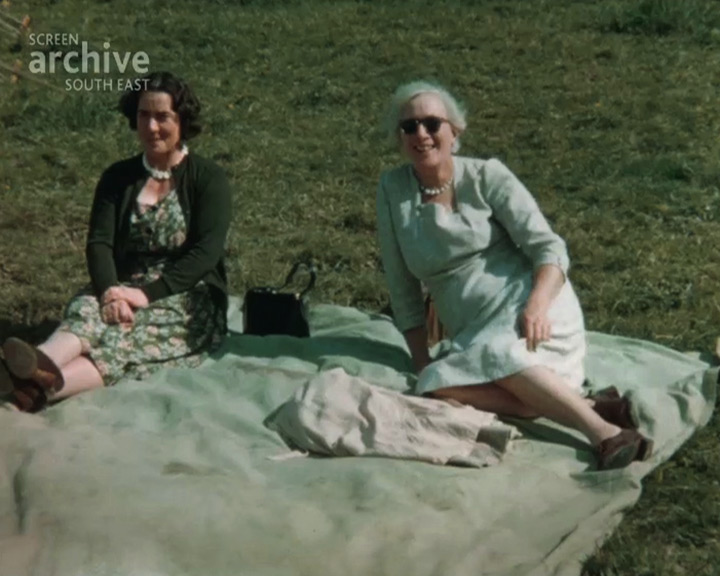 The next section shows a mixed group of 1st Haywards Heath Cubs playing Stoolball in a field. A man is seen heating water in a copper pan, followed by a group eating sandwiches in a field. A compilation of individual shots follow that include a fish pond and shots in a domestic garden, showing flowers in full bloom.

The next sequence joins the 1st Haywards Heath Scouts at a camp near Penshurst [?], scenes show camp life with a scout-built clay oven and field kitchen; rural views show the Sussex Countryside and the Scout camp area on the site.

The final section shows the opening of the Brownie and Guide Hall on Station Road, Burgess Hill; with a parade featuring Lady Burnham and several senior Guiding leaders. The parade is followed by a meet and greet outside the church. Lady Burnham and the Senior Guides meet several Scout leaders and family members, before making a speech to formally open the venue. A young Brownie and Girl Guide present Lady Burnham with a key to open the hut door. A montage of shots follow that include a large playing field and street views of the hut adjacent to Station Road.