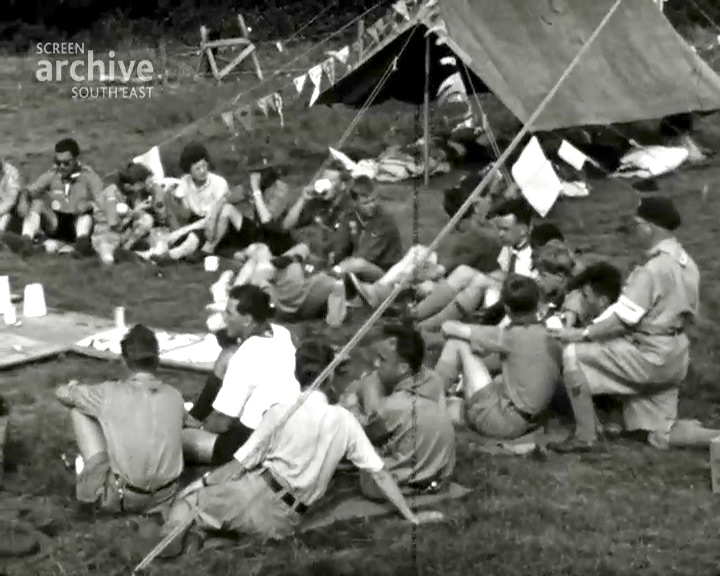 This film shows the Jamboree arena filled with Scouts, gathered to welcome HRH Prince Henry, Duke of Gloucester standing on a motorcade, followed by a compilation that includes a marching group of Scottish bagpipers on the field; the motorcade for HM The Queen Elizabeth II and HRH Prince Philip. A series of shots show several of the International Scouting groups including those from India and the Philippines parading past the camera.

Back in the arena, two gliders land on the field, and this is followed by a wide shot of a balloon release. HM Queen Elizabeth and Prince Philip arrive in a car, waving as they pass the camera. A series of shots show traditional African dancers, and the South African camp. Views of other group camps follow that include the Liechtenstein Camp and the Sussex camp with the group posing together for the camera. Further scenes show the Jamboree Branch Post Office, the Copenhagen Camp and the Jamboree entrance and Industrial Pavilion.

A series of shots of the site and activities show: "Queen's Way" with flags next to the Arena; Haywards Heath Scouts next to a Camp signpost; Lord Rowallan meeting several Scout leaders in the Sussex Camp; the Sussex camp having tea; African Scouts dancing and playing drums [some in traditional costume]; a close-up of the World Jamboree rotating globe monument; the 1st Haywards Heath Rover Scouts wood chopping contest with axes; a group of 1st Haywards Heath Rover Scouts with their car Arabella; and a series of views of the closure of the event with the Scout troops leaving site. The film closes with panoramic views of the Jamboree field littered with rubbish, empty pavilion buildings and the Jubilee Sutton Coldfield welcome signs on a main road. 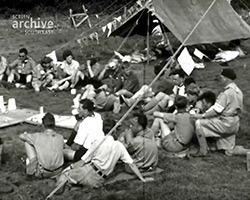