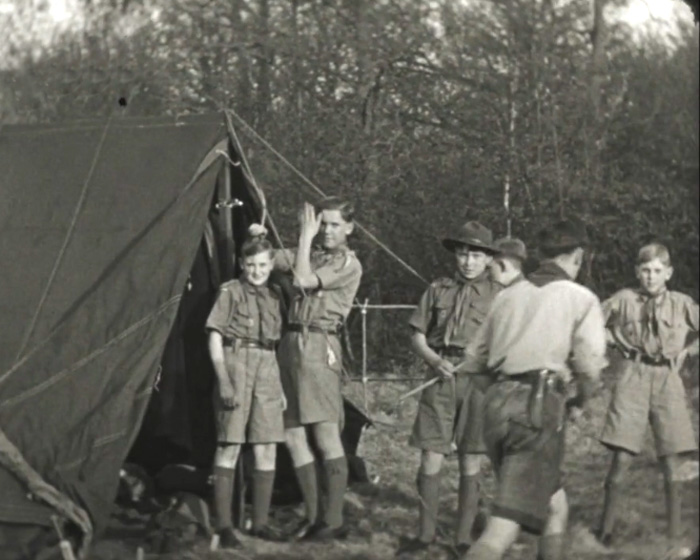 The film opens with a boys' football match on the Handcross Recreation Ground playing field, with two women watching the football match. Portrait shots of the football team are followed by views of an older Scout leader taking photographs during the game.

The next section shows wide shots of the Scouts gathered on a campsite in the grounds of Borde Hill. A small group have gathered in the opening of a tent to have their hair brushed by an older boy (?), whilst others play a game of football between the tents. The group later meet at a camp fire to listen to speeches and sing songs together conducted by the Scout leader. Dark shots follow of the group at night, huddled around the camp fire, with silhouettes of Scout leaders standing in front of the fire as they talk to the boys.

The final film opens with a wide shot through Handcross village, with Scouts getting off a bus parked next to a wall mural that reads: 'The Red Lion Hotel Parking Ground'. Several portrait shots of the pack (1st Haywards Heath Cubs and Scouts ?) pulling faces and messing around in front of the camera; before they parade through Handcross village headed by three Brownies/Guides carrying the Union flag, accompanied by the Slaugham Boy Scout troop, two troops from Haywards Heath and a troop of Brownies and Girl Guides at the rear (?). The procession then pass through the village into All Saint's Churchyard. The film closes with an interior view in close up, of a man sitting at a desk underlining passages in a bible (?). 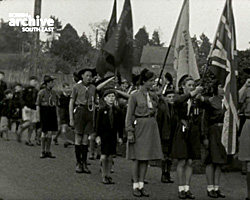