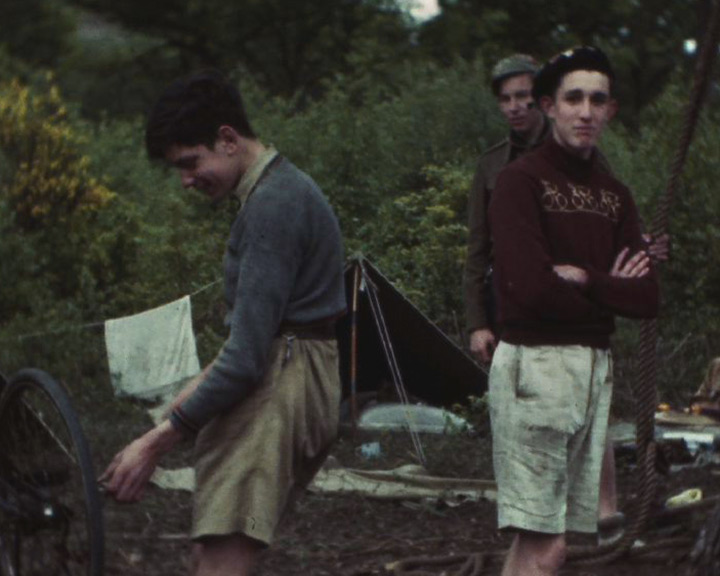 The film shows a group of Rover Scouts on camp at several sites including the Haywards Heath Ashenground, Fox camp and the 3rd Hove Scout camp sites taking part in various activities including cooking, cleaning and playing hand bells as a group.

The film then show the St George's Day Parade on Muster Green, Haywards Heath with friends and family gathered as the troops of Scouts prepare for the parade. This is followed by shots of the Scouts carrying their troop standard and the Union flag followed behind by several groups of Girl Guides in uniform with their standard. The film cuts to shots of the parade from the roof of a church (St. Thomas a Becket, Framfield?) across the churchyard down to the street.

The film then shows a group of Scouts at a swimming pool, racing and diving from a board, watched by spectators lining the pool (also on TID 9933).

The final scene shows a brief shot of a boy with Labrador dog followed by views of a presentation ceremony next o the pool.