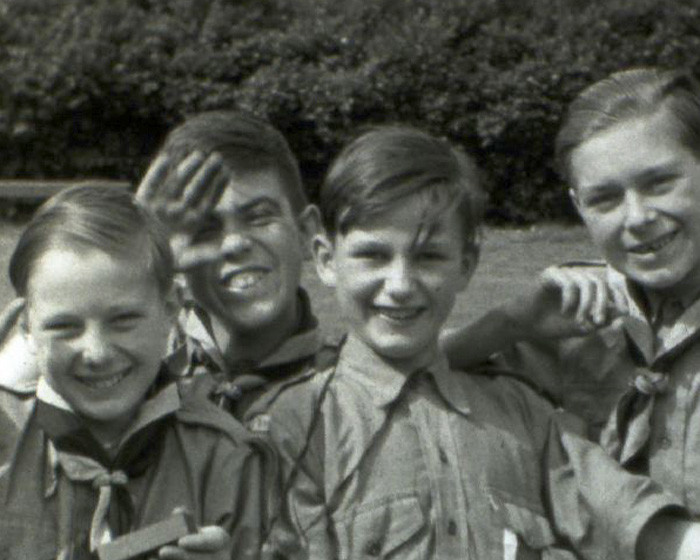 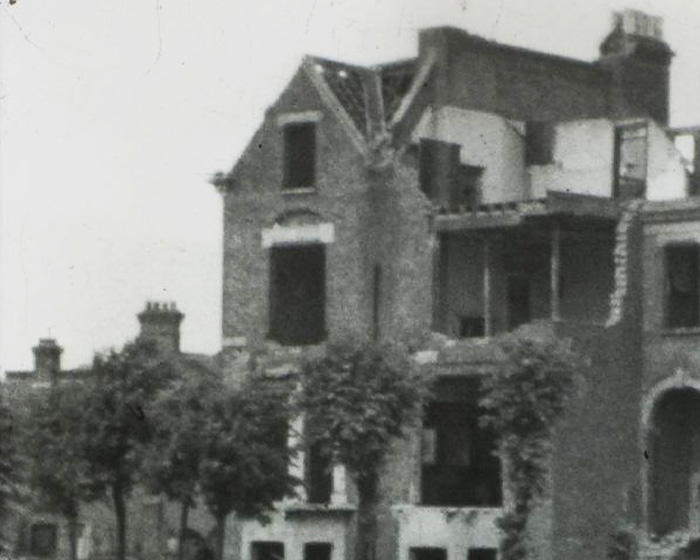 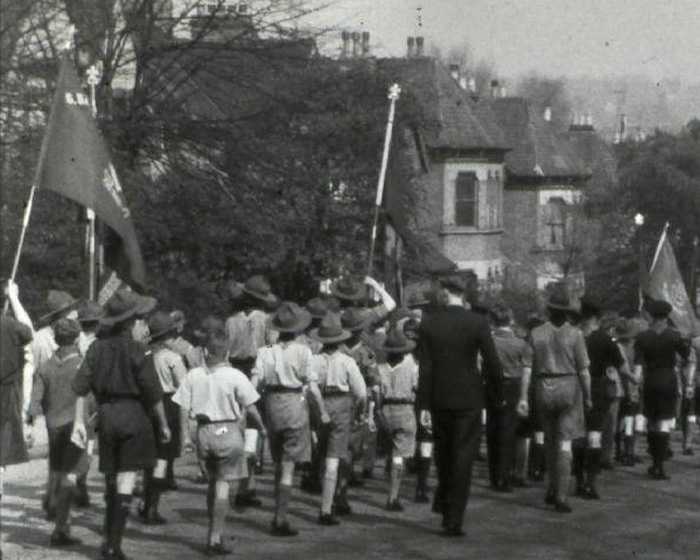 The film opens with a series of shots of people exiting the gates of Buckingham Palace, including army officers, civilians, children, and sailors in full dress uniform, following an investiture ceremony at the Palace. They wave and salute to the camera as they leave, with the camera capturing a brief portrait shot of an older black Caribbean / African man (?) holding up his medal to the camera outside the gates.

The film then cuts to a group of boys from the 8th Forest Hill pack waving and pulling faces at the camera, followed by interior shots (inside their club room) of several Scouts practising their bandaging and first aid techniques on each other. A sailor demonstrates semaphore signals with flags, followed by portraits of the troop standing in a row inside the club room, and a brief shot of a Scout sitting with a 'HMS Wild S[wan]' sailor reading an exercise book.

In a South London street, a parade includes several Scout troops holding their pack standards. The shot then cuts to a montage of views of a bombed out street (Forest Hill/ Sydenham area), highlighting damage done to a row of houses and the Scouts parish church (the same street undamaged on TID 9904). The Scout group and other children have gathered on the street outside. The film then returns to the Scouting parades with the 4th Sydenham Cub pack, plus other groups and marching bands, parading down an empty residential street.

The 8th Forest Hill troop have gathered in a grassy field surrounded by woodland to eat a packed lunch from paper bags. They are supervised by a man in civilian clothing smoking a pipe. Following their lunch, the boys play a game of cricket and stand together for portrait shots as the camera pans along the line of boys.

The final part, 'A Day at Frylands Wood', shows a Rover Scout pack (?) and the 8th Forest Hill pack on a Scout camp site in Croydon, introduced by a sign and a wide view of the camp site hut. A montage of activity shots show: two older adult Rover Scouts pulling a cart; a group of boys walking through woodland; a troop of Scouts peeling potatoes in a field kitchen (reversed); mixed portrait shots of younger Scouts setting up camp with their adult leaders; and mixed views of the camp site, with main camp fire meeting space with totem pole (Shots are dark). The film ends with portrait shots of several adult leaders and a group of parents (men and women), socialising together and smoking pipes. 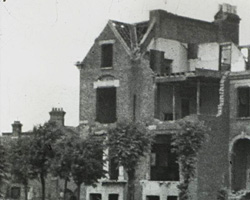 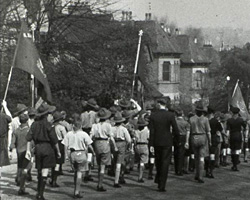