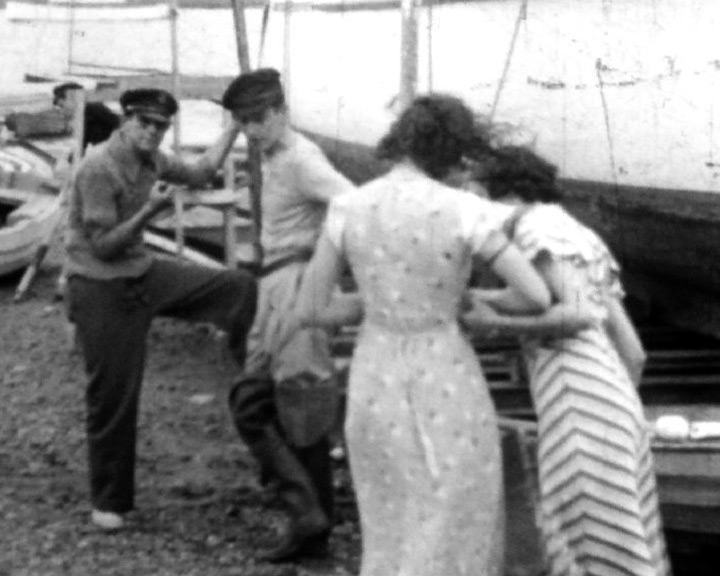 The film opens with a title: 'Bognor Regis Film Society present Cross Currents - A Regis Production' followed by a series of cast and crew credits.

A group of women and sailors try to unravel a cocaine smuggling ring on the south coast of England. Unfortunately the women are captured by the smugglers, forcing them aboard their ship at knifepoint. 'Batchelor' - The man they were supposed to be following, is innocent and raises the alarm with the local police constabulary to help rescue the women. The police arrive and intercept the sailors, finding the women and Bachelor tied up on the ship.

The vessel featured is the three-masted barquentine Frances and Jane, built in 1878 by Vaux of Harwich. Originally a deep-sea trader on the Newfoundland salt fish trade. Later the vessel was owned in Plymouth and used in the china clay trade from Fowey. In the 1930s it was laid up at Polruan, Cornwall before being converted to a houseboat at Itchenor Creek. It was finally broken up in the 1940s.

A test reel showing elements of the making of this film can be found on: [BRFS Test Film: Cross Currents]