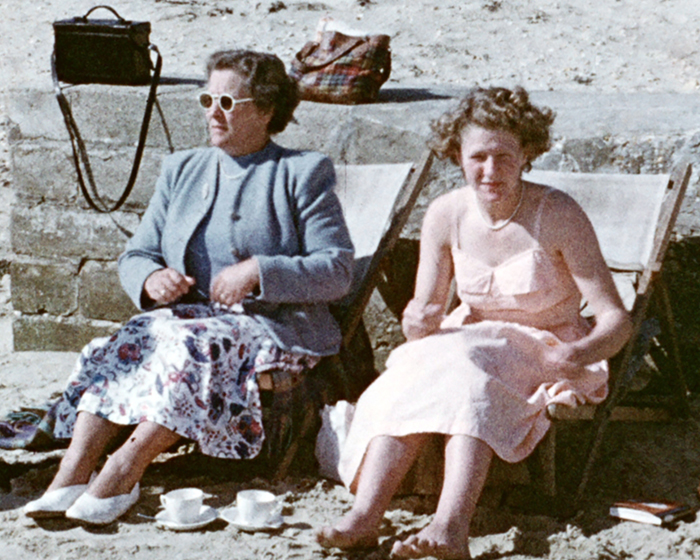 The film opens with panorama shots of the beach at Bembridge Harbour with beach huts followed by teenagers playing a game of cricket and the family walking on the beach, paddling in the water. Two boys are also seen play in a rowing boat.

The next part shows exterior shots of the 'Westboro Guest House' on a residential street. The shot then returns to coastal panoramas (possibly of Cowes?) with the family on the beach (blurred). Several white pleasure craft pass by, filmed from on board a boat on the water. Close up shots of a group of swans and small boats follow, including a tall ship with masts lowered, and a yacht 'Aurora'.

In the next part the Corder family are on the beach at Cowes, the shot pans around the coastline passing several hangars. The tail of a Saunders-Roe SR.45 'Princess' boat-plane is seen in of one of the hangars (G-ALUN) with union flag visible on the tail. The shot then continues to pass over the shoreline to view several cargo and freight ships at sea. The 'Milsea' car ferry travelling from Portsmouth to the Isle of Wight is seen waiting for the boat to dock. Several other pleasure craft pass by. The family are next seen on the car ferry (possibly heading towards Portsmouth to go home?) watching the boats, including a Royal Navy ship moored in the bay.

The final part shows two young children being pushed around on a metal playground roundabout in a park or garden.