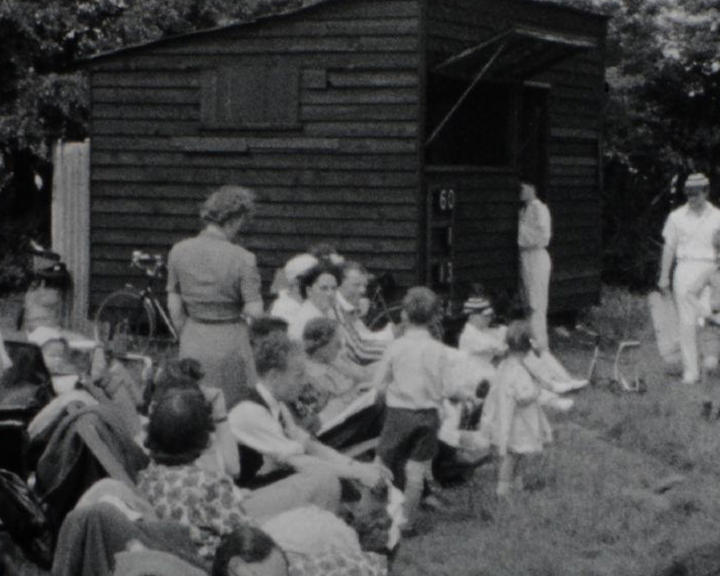 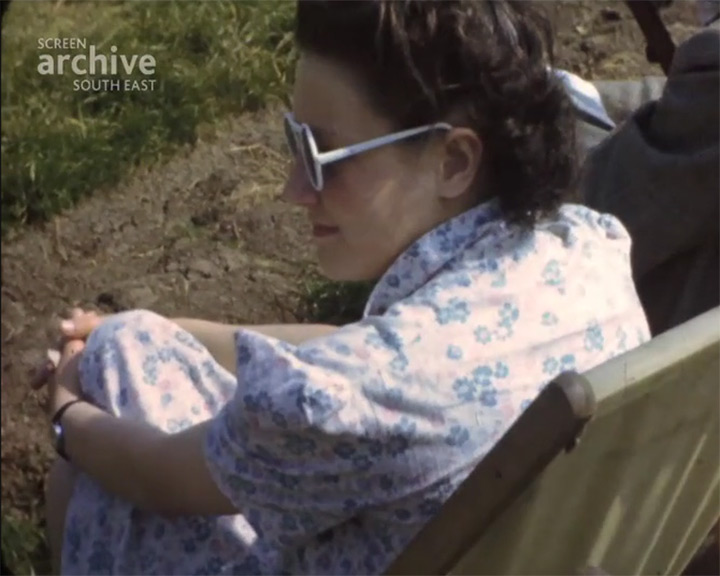 This film opens with the camera filming a man getting off a plane at an airport, with several shots of aircraft arriving and manoeuvring on the runway. 'G-AGIS (Douglas C47 Dakota 3) lands on the runway and the passengers disembark.

The film then cuts to a cricket match on a village green (Bradley, Staffordshire?) where the adults are seen playing a game of cricket, and a group of children play a game of short cricket behind the spectators. Family members knit and crochet throughout the scene.

Returning to the airfield, a British European Airways plane is seen on the runway (G-AHP(M?) (Vickers Viking 3B (?) named 'Verderer', followed by a shot of 'G-AHDT' (HP70 Halton Halifax) being towed backwards across the airfield by a small tractor.

The next section shows a car journey through a residential street filmed from the driver's side over the steering wheel. This is followed by panoramic views of Windsor and the River Thames from the top of Windsor Castle. A man with a cine-camera is seen filming the landscape below from a gap in the stonework on the roof.

The next section, now in colour, shows a close-up of Windsor Castle and the busy road filled with traffic and people. The film then shows a road trip around Windsor passing next to the River Thames, with pleasure craft and boats sailing past. This is followed by two boys sat in a car reading a train timetable, which they show to the camera.

The next colour section returns to a series of steam trains passing by: LMS 5725 (Jubilee Class 4-6-0), LMS 5374 (Stainer Class 5 4-6-0), LMS 8153 (Stainer Class 8F 2-8-0) with passenger carriages, LMS 9117 carry freight, LMS 6164 (Royal Scot or Rebuilt Royal Scott) carrying passengers and LMS 5001 (Stainer Class 5?) with passengers. A brief portrait of a woman (Julia ?) sat on bench with a tennis racket in a garden is then followed by scenes at the cricket match on the village green, where the children continue to play their games on the grass whilst the adults watch the match, and crochet. 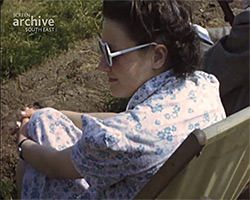