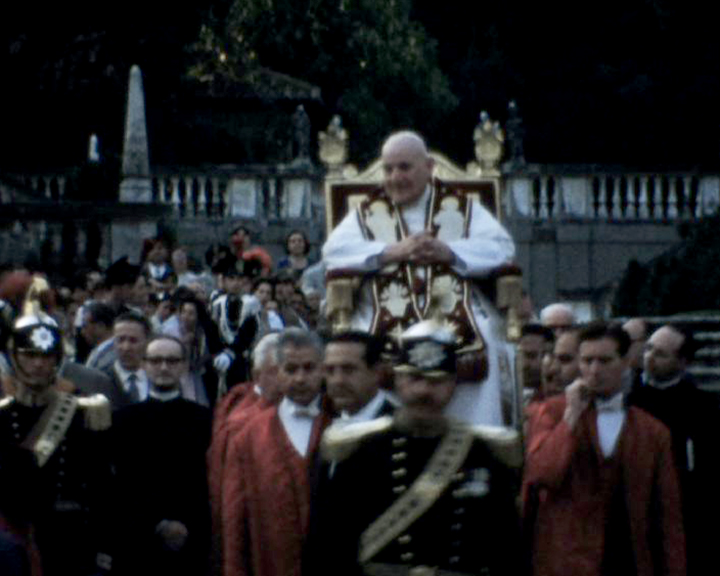 The film focuses on architectural and historical aspects of the locations visited, such as the Forum, Colosseum, Arco di Costantino, Tomba del Milite Ignoto, Altare della Patria and the Monumento Nazionale a Vittorio Emanuele II.

The film shows street scenes of the Vatican and Piazza San Pietro, followed by shots of preparations ahead of the Papal sermon at Castel Gandolfo, the Papal Summer residence. Close-ups of Pope John XXIII, with him sat on a raised sedan chair carried by footman and several uniformed guards. Highlights of his sermon are shown with his blessing (in Italian) as given to the watching public. The sequence ends with street scenes of a market selling souvenirs and rosary beads to pilgrims and tourists.

The film-maker tours the rural countryside at Castel Gandolfo and the Appion Way, viewing an artist at work painting a rural scene next to a road. This is followed by shots of the film-maker's visit to a vineyard, with close-ups of the grapes ripening on the vines. The film then returns to touring Rome, visiting several fountains - the Baroque Fontana di Trevi, Fontana dei Quattro Fiumi, Piazza Navona and several fountains at Villa d'Este, Tivoli. The film concludes with a summary and end title: 'The End'