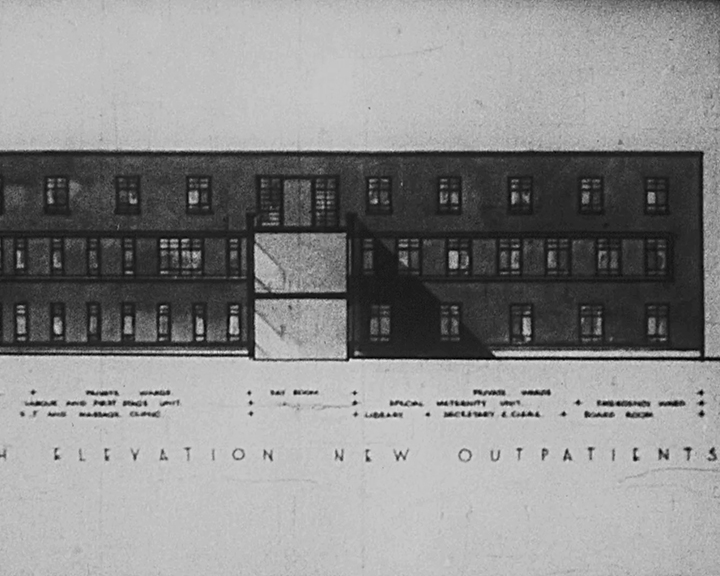 Opening title: "Ramsgate General Hospital Extensions, Your Hospital Appeals To You", [accompanied by music soundtrack]. Shot of the chairman of the Extensions Committee sitting at a desk in an office; he reads a speech about the launching of the appeal to raise funds for the extension of the hospital. Still image of Augustus Pugin; the history of the hospital is explained with reference to Augustus Pugin's role in establishing the hospital. Shots of the exterior of the hospital; nurses at work in a ward. The growth in the work of the hospital is explained. Shots of a nurse attending a patient in an outpatients room; shots of busy corridors. Shots of architect's plans for the new casualty and outpatients buildings. The chairman appeals for the support of the public; 3D perspective of the hospital site with the proposed new development. Shot of the appeals office at Augustine Villa; shots of Ramsgate from the sea. The chairman reinforces the importance of the hospital to the town and its visitors.