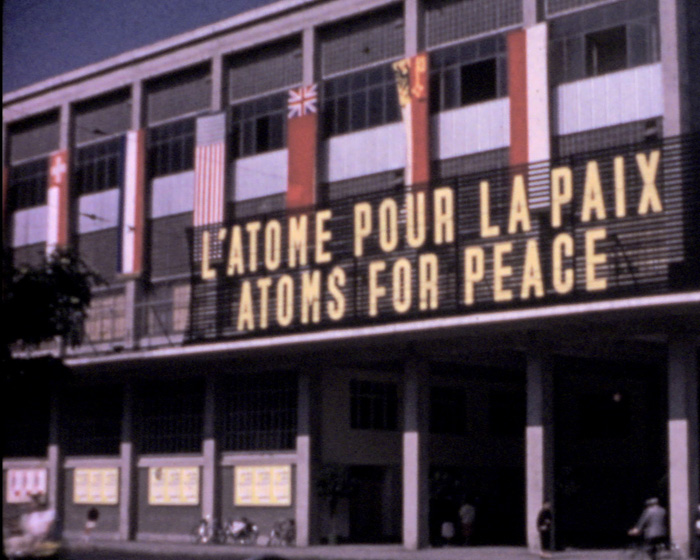 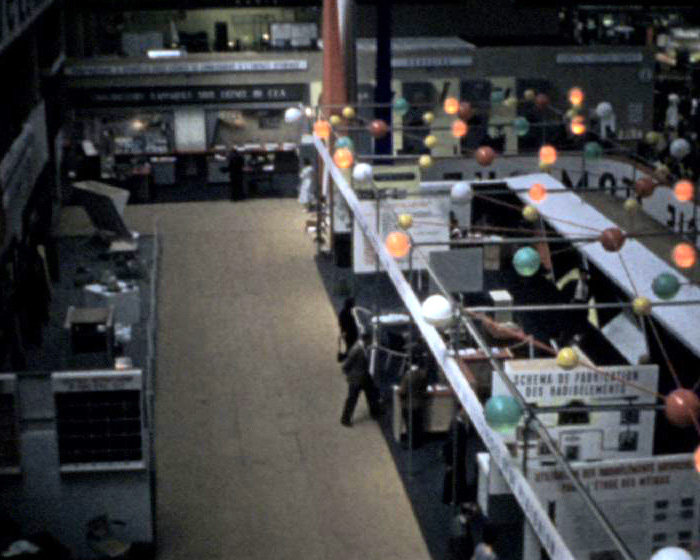 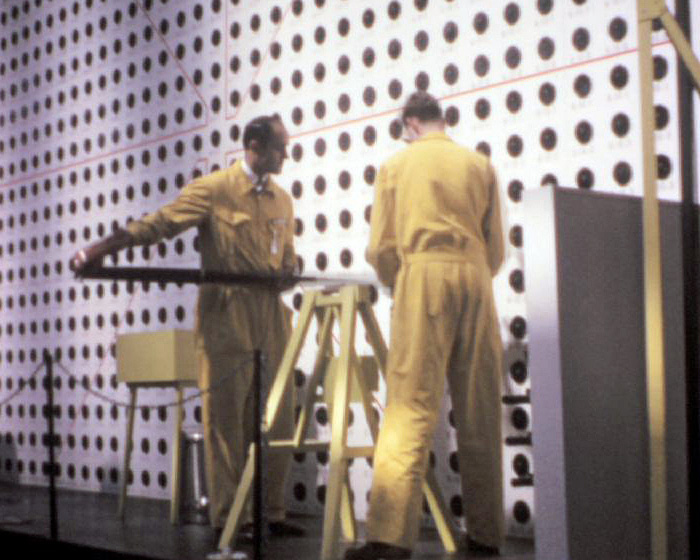 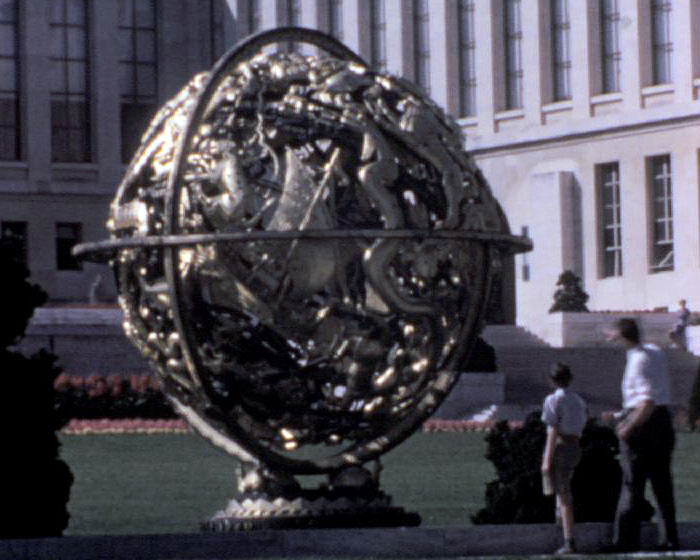 The film shows the exterior and interior of the exhibition site and includes a range of international exhibitors, equipment and demonstrations in detail. A shot of the printed speech made by Dwight B. Eisenhower as President of the USA in December 1953 on display, along with a model of an Atomic Power Station, demonstrations of robotic hands and a large reactor rod wall, presented by the USSR. There are various shots of other stands by world-wide companies that include 20th Century Electronics Ltd (owned by Gilbert Tomes) with medical and industrial grade wares on display boards. Close-ups of several cathode ray tubes, Geiger-Muller tubes and counter based instruments follow. The film then tours the gardens and grounds of the United Nations buildings with the Sky Globe Monument.

In black and white, the film shows a building marked 'URSS' containing displays with medical grade therapy equipment and research material on patients with illnesses treated by Radio and Radiation therapy. A plaque on a wall commemorates the use of first Russian nuclear power station.

The second part of the film returns to colour and tours the rural areas around Geneva and the Swiss Alps, in Switzerland. A team of male and female farm workers in a field use hand tools and a cart to work the land. This is followed by views of the landscape and mountain tops covered in snow. Further scenes show Lake Geneva with Jet d'Eau fountain and a visit to Jardin Anglais park on the Quai Gustave-Ador with a fountain by Alexis Andre. The film closes with close-up shots of a trader on a market stall selling souvenirs to the public. 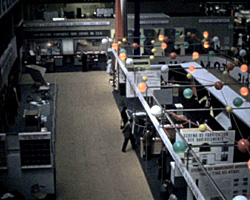 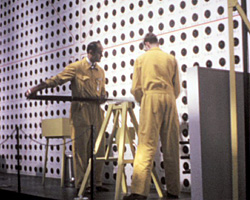 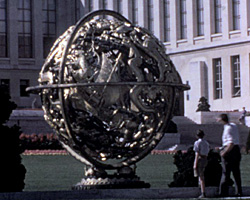 The First International Conference on the Peaceful Uses of Atomic Energy had its origin in President Dwight Eisenhower's initiative in 1953 when he proposed a concerted international effort to divert the power of the atom from warlike purposes into the service of peace. Following a plenary session in 1954, a decision was made to hold the first United Nations meeting from 8th - 25th August 1955 at the Palais des Nations in Geneva, Switzerland. The title: International Conference on Peaceful Uses of Atomic Energy. Thirty-eight governments submitted 1067 papers and 1428 participants attended. Details from: International Atomic Energy Agency. Bulletin 063. [Accessed: 26th Nov. 2013] Available from: www.IAEG.org